← more from
Jacktone Records
Get fresh music recommendations delivered to your inbox every Friday.
We've updated our Terms of Use. You can review the changes here. 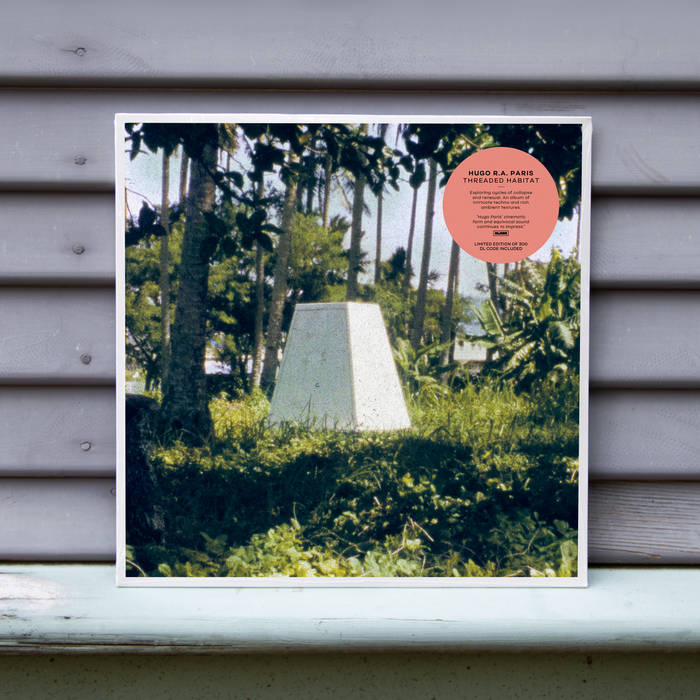 Beacon Sound and Jacktone Records are pleased to announce a limited edition joint vinyl release by Hugo RA Paris titled Threaded Habitat. The new LP from Paris follows two of Jacktone’s most popular releases: Mystique Youth (2015) and Horizons Beneath The Surface (2016), which appeared under his alias, Lavender.

The transition to the Hugo RA Paris moniker with this album marks a more personal shift in approach. Threaded Habitat combines ambient textures and techno rhythms to reflect tension between humanity and nature—particularly the cyclical nature of collapse and renewal. It also marks Jacktone's first collaborative release with the record store and label Beacon Sound, which has put out works from veteran experimental musicians like Terry Riley and Colleen. Beacon Sound is an important node in Portland, where Paris also lives and developed the flagship modular product for leading Eurorack manufacturer 4MS: the SWN.

The album's closing track was entirely composed on a SWN prototype and recorded in one take. In fact, much of his work is done in layers of single takes with minimal processing to preserve its raw emotion and embrace minor imperfections. As an MIT-trained engineer and physicist, working with hardware—from modulars to guitar pedals and tape loops—is essential to his process of not only making but exploring sound.

Threaded Habitat captures moments of claustrophobia and bliss in seven tracks and three accompanying videos directed by New Zealand artist Sam Hamilton. Visual art plays a central role in many of Paris’s projects, which include intricate audio-visual performances and scores for full-length films like The Modern Jungle (La Selva Negra) and its forthcoming follow-up.

The LP will be available to pre-order on July 1st with a limited, exclusive content sample pack. The vinyl package features photography by Sam Hamilton and will be released July 19 through Jacktone and Beacon Sound’s webshops, with worldwide sales beginning August 2nd. A remix release will arrive later in the Fall, with work from Kranky recording artist, Earthen Sea, and fellow Jacktone and modular synth maker and producer, Dan Snazelle.

Early support from Fact Magazine, XLR8R and RA:
"...woozy, squelchy, slo-mo house cut made with the kind of hardware that the MIT-trained engineer designs for manufacturer 4MS."

Bandcamp Daily  your guide to the world of Bandcamp

Mille Petrozza stops by to talk about the new Kreator album, plus music by Trauma Bond